So here's a bit about us.
We are a group of lesbians, gay men and bisexuals who, by and large, have spent our entire lives campaigning for equality for people with same-sex sexual orientation. Among our ranks are doctors, academics, psychiatrists and lawyers with expertise in safeguarding.
We've celebrated wildly at the great strides made by our movement over the decades and we're delighted that Australia today is mostly a great place for LGB people, to live, work and love.
We've come together now because we believe our hard won victories are under threat.
We believe that biological sex is observed in the womb and/or at birth and is not assigned. In our view, current gender ideologies are pseudo scientific and present a threat to people whose sexual orientation is towards the same sex, in the case of bisexuals, to both sexes. In addition, we believe that these ideologies are confusing and dangerous to children.

Myths & Truths
Facts matter. We believe in taking an evidence-based, factual approach and we follow the International Fact Checking Network’s code of principles. For any fact related content on the website (and in our social media posts) we will seek to provide source links so you can find out more yourself. If something we’ve said is incorrect, we will not only correct it but also explain what we got wrong.
Please contact us if you have any myths that you’d like us to fact check and add to this page.

Myth: LGB Alliance is a hate group.
Truth: We hate waiting in for a late delivery. We hate it when the WiFi drops for no reason. We hate trailers that give away the whole movie. But we don’t hate people. We don’t practice or advocate hatred, hostility of violence towards any one or any group. If we disagree with someone, it doesn’t mean we hate them or wish them any harm.

It is perfectly possible to disagree with a person’s view or opinion without hating them or the group they are part of. Where disagreement exists it’s important to be able to have open and honest discussions; especially when it comes to human rights. So, we’re always happy to talk. In fact, that’s something we love.

Myth: LGB Alliance is transphobic and is seeking to erase trans people
Truth: We fully support trans people in their struggle, for dignity, respect and a life lived free from bigotry and fear. We don’t hate trans people and we don’t wish to see them erased. The issues and priorities for people who are attracted to the same sex (homosexual/bisexual) are different from those of transgender people, and so, with a number of organisations focused on trans people and trans issues, our focus is on LGB people and LGB issues.

Myth: LGB Alliance wants to exclude the T from LGBT+
Truth: It’s no secret that lesbians and gay men don’t always get on or see eye to eye, and both groups often forget about bisexual people. We’re not a single homogenous group and we naturally have our different issues, opinions, and priorities. However, we do have one thing that binds us: our sexual orientation and attraction to people of the same sex.

LGB Alliance is not the only organisation that campaigns or provides services/support for a specific sub-set of the wider LGBT+ community, recognising the diversity of needs within the growing acronym. Our focus is on the needs and interests of lesbians, gay men, and bisexuals.

Myth: LGB Alliance is funded by the Christian far right
Truth: We are funded by individual donations. We are currently in the process of applying for registered charity status and as a registered charity we will be required to declare certain sources of income and our accounts will be publicly available. In our current status, we have only existed for just over a year and so we will publish our first-year accounts as soon as they have been compiled by our accountant.

Myth: LGB Alliance isn’t even run by LGB people
Truth: We are a group of lesbians, gay men and bisexuals, volunteering in a range of ways to build the organisation and deliver for LGB people. You can see our organisation structure on the About Us page with details of our Steering Group who meet weekly to manage the organisations, supported by a range of sub-committees focused of different aspects of activity and involving lots of other volunteers.

Myth: Intersex people are proof biological sex isn’t binary
Truth: A tiny percentage of people are born what is commonly referred to as “intersex” but is more accurately called Differences of Sexual Development (DSDs). These differences can produce chromosomal, hormonal or genital variations but this does not equate to being something other than female or male. In fact, many DSD conditions are found only in one or other of the sexes.

Myth: Sex is assigned at birth
Truth: Our biological sex (female or male) is determined at conception. When we are born, our sex is observed and recorded, and is often observed before we are even born. In 99.98% of cases, our primary sex characteristics, i.e. our genitals, will clearly indicate which sex we are. In very small minority of some, but not all, people with Differences in Sex Development conditions (or “intersex”), the sex of a newborn is not obvious.

The term “sex assigned at birth” is only correctly applied in these circumstances where it is not possible to observe and record the sex with certainty. For the rest of us, our sex is not assigned. It is observed and recorded.

Myth: There is no homophobia anymore
Truth: Despite changes in society over the last 50 years, the repeal of laws against homosexuality, the possibility for same-sex couples to marry or become civil partners, and other signs of greater acceptance, homophobia (including lesbophobia and biphobia) is still very much present in Australia. In many other countries, discrimination is overt and legal, and homosexuality is even punishable by death in some places.

Myth: Gender transition has nothing to do with homophobia
Truth: Very many children, and quite possibly adults, enter the process of gender transition as a result of the homophobia of their parents, peer group, or their own internalised dislike of their sexual orientation. Young gay men or lesbians are being sold a myth that they can be straight, that lesbians are really straight men and that gay men are really straight women. This is homophobic conversion therapy.
In Iran, a country where homosexuality is illegal, gay men and lesbians are forced to undergo reassignment surgeries and live as the opposite sex, or otherwise face execution. This has been condemned as a government-sanctioned method to "eradicate homosexuality".
Source:
https://www.thetimes.co.uk/article/it-feels-like-conversion-therapy-for-gay-children-say-clinicians-pvsckdvq2https://www.thesun.co.uk/news/10998169/iran-gay-people-gender-reassignment-surgery/

Myth: Children with gender dysphoria are at a high risk of suicide if they don’t transition
Truth: There are no good studies about the possible rates of suicide. Those studies that exist have been debunked. Children with gender dysphoria, or identifying as transgender, are no more likely to attempt suicide than those with mental health problems or those realising they're lesbian, gay or bisexual sexual orientation. Very few indeed actually kill themselves. A careful analysis using data from several sources found that in the ten years from 2008 to 2018, four under-18s in the UK killed themselves because of identifying as transgender.

Myth: Large numbers of transgender people are murdered
Truth: Transgender people in Australia are at no greater risk of murder than the general population (possibly even less). The high numbers sometimes quoted relate to very different circumstances in other countries worldwide, particularly where transwomen work as prostitutes (a situation where all murders are much higher than in the general population).

The Transgender Murder Monitor, an international register of transgender homicides, has only recorded two deaths in Australia over the last 10 years. This is even lower than in countries such as the UK and USA where the rate of transgender people murdered has been discribed as "remarkably low".


Myth: Puberty blockers just ‘press pause’ on puberty and are fully reversible
Truth:
So-called puberty blockers are drugs that prevent the release of chemical signals which stimulate the production of oestrogen and testosterone, halting the natural changes of puberty triggered by these hormones. They are intended for use when children start puberty too early and they have not been clinically trialled for use in gender transition. Not enough is known about the reversibility of puberty blockers, and the UK's national health scheme, which funds the NHS Gender Identity Development Service (GIDS)
- one of the largest gender clinics in the world - acknowledges that little is known about the long-term effects, in particular concerning the development of the brain, the health of bones, and psychological impact.

Myth: The Keira Bell court judgment on puberty blockers undermines Gillick competency
Truth: Gillick competency and the Fraser guidelines assume adequate understanding of the long-term consequences of the proposed treatment. This remains the case, as the judgement in this case states that an under-16 is unlikely to be able to give informed consent to an experimental and poorly researched treatment with significant long-term consequences involving outcomes that a minor is unlikely to be able to fully envisage.

1.  To advance the interests of lesbians, gay men and bisexuals at a time when we are under threat from concerted attempts to replace biological sex with the subjective notion of gender identity, which erodes the rights afforded to people with same-sex sexual orientation, as well as women's sex-based rights.

2. To amplify the voices of lesbians and to highlight the dual discrimination we experience as women who are same-sex attracted in a male-dominated society. We support women's reproductive rights and bodily autonomy.

3. Protect children and young people from being taught unscientific gender doctrines, particularly the idea that they may have been "born in the wrong body", which may lead to life-changing, irreversible and  harmful medical treatments and procedures.

4. To promote respectful freedom of speech and informed dialogue.

1. We are here to let LGB people of all ages and backgrounds know that we will always stand up for the right to live as same-sex attracted people without discrimination or disadvantage on the basis of sexual orientation.

2. We are here to make sure that the voices of lesbians, gay men and bisexuals are heard in all public and political discussions affecting our lives.

6. We accept the biological reality of two sexes - female and male. Sex is not "assigned". For the vast majority of people, sex is determined at conception, observed in the womb and/or at birth, and recorded. We reject the co-opting of rare medical conditions that affect reproductive development or function (known as disorders of sexual development or intersex) in order to cast doubt on the biological reality of sexual dimorphism, i.e. two sexes.

7. We oppose the teaching in schools that everyone has an innate "gender identity". This is not factual but an unproven and unscientific belief. 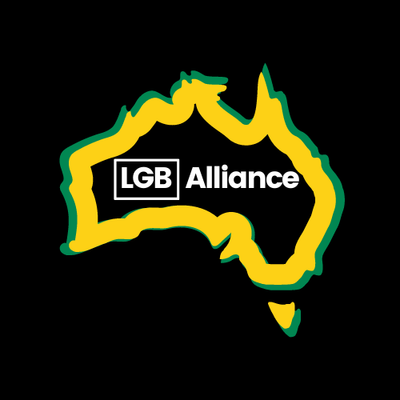 END_OF_DOCUMENT_TOKEN_TO_BE_REPLACED

Some of our projects:

Lost Lesbian Space around Australia - an interactive map which documents lesbian spaces/events that no longer exist.